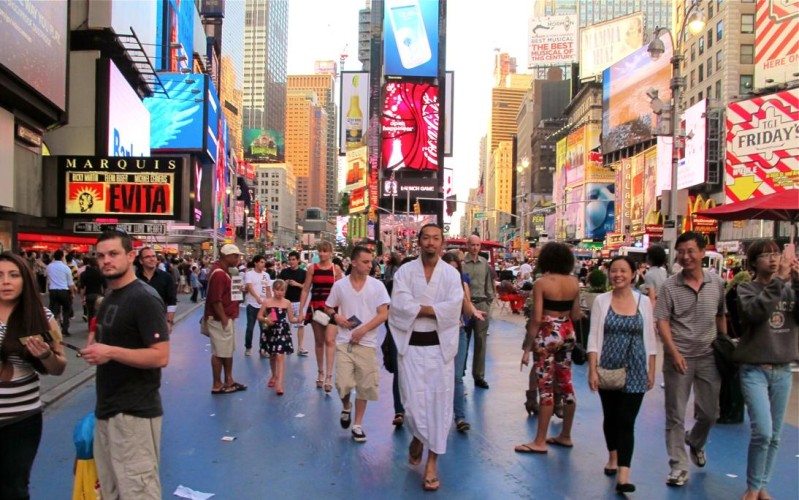 About the war (I used Google translate )

It should not be a war.
Not to be gained from it.
This is reality, not the simplicity.
Because Because it is the era interests of humanity as a whole is directly linked to the interests of the individual now.
Because I era because the loss of the entire human race is directly linked to the loss of the individual now.
Age you want Omoikome only you as obtained by depriving others from the other ended.

The earth was wide once more for mankind.
In the world of the unknown, people who meet the place to go to in his life was also limited the other side.
But Earth is narrow rapidly now. The 1st, I can go in two days anywhere in the plane. I can where they both take communication the Internet. Volume of information is enormous.
Compared and once, it is what all human beings, such as those living in the house of one now.
Manpower to make the food just that decreases as long to make a weapon every day to take away from housemate by Sotchinoke someone of inhabitants of the house of one of them to produce. All residents are looking If someone attacks someone. What do they would do what you think.
Everyone once you start to create a weapon to protect yourself, you will all die of starvation immediately without make the food enough. And thus the die in a fire together all on fire and if you start a fight with weapons with fire. Now mankind is doing this halfway.
Do you kill it captured by all those who are making the weapons unite. Things then, the remaining is going to be able to live with each other in fear of each other doing so. And someone produce weapons also from fear. Or would be fun. History often human beings have done this.
In what would happen if you were to be prepared to protect yourself. It may all be killed. There is no example for now, one of the country have achieved world domination. But it is happening temporarily, one person who survived or would be happy. I do not think so. To repeat the same thing in fear country was split immediately also leave descendants. Where do you got mad.

I want you to imagine a happy family. Not a pipe dream, such as, that’s what exists in this world. Why not to compete or kill each other. The cherish each other, worried about, why can share a good time. It is because are connected by trust and love. Would not the idea of not even fight.

It’s fitting among nations this tremendously difficult without. It is not as simple as one house of course. Grudge long history and weigh.
Moreover, the brain of a large personality that state Colo replaced in a few years. There is currently no country with a brain with sufficient experience. It ‘s child comrades different person becomes the memory loss each other alternately frequently at the home of one to live like.

It’s become like one family that all mankind is full of love is tremendously difficult without.
However, it is becoming to all fall together if you do not it also a fact that there is no mistake.
World from being narrowed more and more reasons.
However, that’s why there is also hope.
about each other that could not be known until now by the world has narrowed came made to be seen.
What you do not know to be afraid, fear becomes hatred and anger, it will be a fight or attack.
May be Kakitatere fear there by using the people and “do not know” that some people just want to cause a war for power and money.
what it comes to arms for peace to be able world is narrowed, get to know each other in the true sense of the term in the individual units. Justice originally absolute and evil is neither. Person in the battlefield to hand the weapon currently is fighting for themselves and their families, history and country, honor each other, respectively. Justice to each other’re just killing each other. to become a weapon to “know” that is disentangle it.

This is reality, not the simplicity. We must make the world peace.
You can change to live in trust and love as one family, there is only one or two to fall in both set fire to the house where everyone lives in the battle mankind.
And if you keep the effort concrete everyone wants, become a close family it is not impossible.
It is not the easy road, but not a ruin, do not let’s aim happiness.
It is possible to take a big step in this very moment to do so. It takes less than one second.
It is to the belief it is decided that you say, “make the world peace” now.
It is not that it is essential for this determination to the “How do I”.
I want you to resolve right now if.
And that this “determination” is, but a thing is absolutely essential in order to speak seriously to “How do I”.
For myself, for my family, for children, for people of all.
Thank you please.